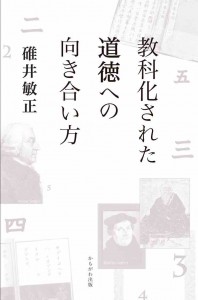 Allow me to write to you directly. I am Nobuyuki Matsutake, managing editor at Kamogawa, a publishing company based in Kyoto, an ancient Japanese capital. I am writing to ask a favor of you.

Kamogawa’s main interest is in the quest for democratic socialism. It has published various titles related to political and social situations in Nordic countries. As part of this, we have released two books entitled “Wakamonoyo, Marx wo yomou” (“Young People, Read Karl Marx”) and a related one. Marx is not necessarily read accurately in the present-day world due to the outrageous distortions taking place in the socialist countries that came into being after his death. We think that Marx, in his later years, had ideas that might well be appreciated as democratic socialism.

“Young People, Read Karl Marx!” takes the form of exchanging letters between two Japanese researchers on several writings by Karx, Tatsuru Uchida and Yasuhiro Ishikawa. Tatsuru Uchida, majors in 20th century French thought. As a young student, he studied under French philosopher Emmanuel Lévinas. He is one of Japan’s best known thinkers. Ishikawa studies Japanese economics focusing on Karl Marx per se instead of the distorted images of Marx.

In 2015, we organized a tour of Marx-related places in Germany (including Trier, the birthplace of Marx) and Britain (London and Manchester). Discussions Uchida and Ishikawa had during the tour were later published in a book entitled, “Marx no kokoro wo kiku tabi” (“Listening to What Marx Might Want to Say”. The title represents the authors’ desire to directly understand what Marx was thinking about, without being influenced by the various kinds of distortions about him.

We are now planning to organize a group tour of the United States next year with Uchida and Ishikawa, as the year 2018 commemorates the 200th year of the birth of Karl Marx. We wish to meet you on that occasion.

We have decided to go to the United States for good reasons. Number one, we know that Karl Marx called for the transformation of capitalism and are interested in learning more about the present state of your country, where capitalism has developed most. The itinerary of our tour will include a visit to a city in the “rust belt”, which surfaced as a major topic during the presidential election last year. A reporter from the Asahi Shimbun, a major Japanese newspaper, will guide us on this tour of rust belt.

Our 8-day US tour will begin on March 26, 2018. We plan to move from eastern Ohio to New York City on the morning of March 28, and move to Detroit on the morning of March 31. I am wondering if it is possible for us to visit you for a meeting with you in Washington, D.C. some time on March 29 or March 30. Uchida and Ishikawa plus 30 other people travelling with them will attend the meeting. We would be grateful if you could allow us to ask you some questions during the meeting. We will publish a book on this tour, which will include your talk in the meeting.

I am looking forward to a positive response from you. Thank you in advance for your attention to this matter.